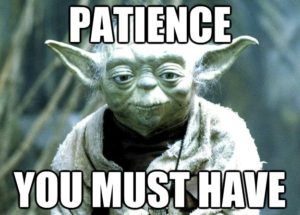 1.  In ACCA cases, the absence of Jones poses no bar to courts holding that New York robbery is not a “violent felony” (analogous to a “crime of violence” under the Guideline).  Though the Supreme Court has yet to settle whether the Guideline’s residual clause survived Johnson, it is settled that ACCA’s residual clause is void.  That leaves ACCA’s enumerated offenses (burglary, arson, extortion, and crimes involving explosives) and ACCA’s force clause, under which an offense must require not just any force but “violent force.”  Johnson v. United States, 559 U.S. 133, 140 (2010) (emphasis in original).

Indeed, every circuit that has considered the effect of the two Johnson decisions on robbery statutes requiring only slight force have held such offenses are not “violent felonies.”  See United States v. Eason, 829 F.3d 633, 642 (8th Cir. 2016) (“[W]e cannot conclude that the degree of physical force required to commit robbery in Arkansas rises to the level of physical force required to establish a crime of violence for ACCA purposes.”); United States v. Gardner, 823 F.3d 793, 804 (4th Cir. 2016) (“North Carolina has defined common law robbery to encompass cases involving the use of minimal force, which does not satisfy the condition of ‘violent force’ required by federal law for application of the ACCA enhancement.”); United States v. Parnell, 818 F.3d 974, 979 (9th Cir. 2016) (“[R]obbery under Massachusetts law does not satisfy the requirement of physical force under [ACCA].”).

None of the questions presented in Beckles concerns ACCA or its force clause.

2.  In Guideline cases, the same arguments as above can be made as to why New York robbery is not a “crime of violence.”  Given the chance that Beckles will sustain the Guideline’s residual clause, however, and given the Second Circuit’s decision to await Beckles on this issue, a stay of proceedings pending Beckles may be the appropriate course in certain cases.