In a short and interesting opinion, available here, the Second Circuit held today that (1) a defendant did not waive her right to appeal a restitution order on the ground that it covered conduct outside the statute of limitations period, and (2) that violations of 18 U.S.C. § 641 (embezzlement of government property) are not continuing offenses, rendering the defendant liable for funds embezzled outside the limitations period. See United States v. Green, No. 16-3044 (2d Cir. 2018) (Cabranes, Carney, Goldberg (Ct. Intl. Trade )) (appeal from W.D.N.Y.). The second of these holdings, concerning the scope of  § 641, creates a circuit split.

The defendant in Green was charged under § 641 for drawing money out of a joint bank account between 2009 and 2011 in amounts similar to those of VA payments to her deceased mother that went into the account. She pled guilty, and …

The lengthier of these opinions, in Federal Insurance, brings welcome news (or at least a sigh of relief) to the sort of low-level employees to whom corporate defendants are incentivized to shift blame in white collar prosecutions. Federal Insurance concerns a corporation’s entitlement to restitution and forfeiture payments from employees who were convicted for participating in a fraud for which the corporation is criminally culpable. In part, the opinion affirms …

The title is the holding of today’s Second Circuit opinion in United States v. Gomez (Parker, Wesley, Droney) (on appeal from D. Conn.). Specifically, the Circuit held that (1) the Fourth Amendment was violated when officers prolonged a minutes-long traffic stop to investigate matters unrelated to the pretextual basis for the stop, but that (2) suppression was not warranted because the good-faith exception to the exclusionary rule applied. The opinion is available here.

A DEA task force had been investigating Mr. Gomez in connection with a heroin trafficking operation. One of the task force members, a Hartford police officer, testified that he observed the defendant commit three traffic violations. The officer used these violations as grounds to conduct a traffic stop. “From the moment” the officer first approached the car, “his questioning detoured from the mission of the stop (Gomez’s traffic violations) to the DEA’s heroin-trafficking investigation.” Slip …

Today the Second Circuit vacated a criminal forfeiture order so that the district court could evaluate the defendant’s ability to pay in setting the amount. The summary order in United States v. Muzaffar, 16-579 (appeal from EDNY, Cogan, J.) is available here.

The Supreme Court, in United States v. Bajakaijan, 524 U.S. 321 (1998), identified four factors that a court must  consider to determine whether a punitive forfeiture is unconstitionally excessive: “(1) the essence of the crime and its relation to other criminal activity; (2) whether the defendant fits into the class of persons for whom the statute was principally designed; (3) the maximum sentence and fine that could have been imposed; and (4) the nature of the harm caused by the defendant’s conduct.” United States v. Viloski, 814 F.3d 104, 108 (2d Cir. 2016) (internal quotation marks omitted). In Viloski, the Second Circuit held …

The Second Circuit’s most recent criminal opinions involve rather boutique issues. The Circuit has addressed, for example, whether a bail bond forfeiture must be vacated if a defendant dies while his appeal his pending (no), and whether the Circuit has jurisdiction to review a conviction when the defendant writes in the administrative section of the appeal form that he only seeking review of his sentence (yes).

The Circuit issued no published criminal decisions today. But it did issue three summary orders, including a 30-page decision (does that still qualify as a “summary” order?) affirming the fraud-related convictions of five former employees of Bernie Madoff’s investment company.

Five former employee of Bernard L. Madoff Investment Securities were convicted after trial of multiple counts of conspiratorial and substantive securities fraud, bank fraud, and related charges for their participation in a massive scheme to defraud thousands of investors of tens of billions of dollars. On appeal, the defendants challenged various trial court rulings, the sufficiency of the evidence, the government’s trial conduct, and the judgments of forfeiture. The Court rejected all of their claims.

First, the Court held that the district court did not err by denying a request for … 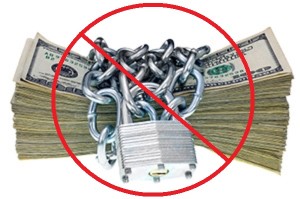 James J. Treacy, former COO and President of the parent company of Monster.com, was convicted of securities fraud and related offenses based on a scheme in which he backdated stock options. On appeal, the circuit held that the district court violated Treacy’s confrontation rights by restricting his cross-examination of a Wall Street Journal reporter who had written an article about the backdating of options at Monster that seemingly contained false exculpatory statements made by Treacy, but that the error was harmless. The court also found that the district court improperly calculated the forfeiture amount with respect to one of the options grants.

At trial, the government introduced into evidence a WSJ article that opined that the odds were one in nine million that a pattern of options grants as favorable or …

Defendant Kalish was convicted of mail and wire fraud in connection with an advance loan fee scheme. The district court ordered him to pay $ 1.2 million in restitution, and also ordered a $ 3.9 million forfeiture.

On appeal, Kalish claimed that the district court should have reduced the forfeiture amount by the amount of the restitution order. The circuit affirmed, finding that the claim was premature. There is no error in imposing both a forfeiture order and a restitution order, since each is authorized by a separate statute.

However, once “some payment has been made by way of restitution, a defendant would be in a position to argue that such a payment should be a credit against any then remaining forfeiture amount.” Since the forfeiture amount represents “ill-gotten gains,” it is “at least arguable” …

Joseph Castello was convicted of failing to file CTRs in connection with his check cashing business. When last we heard from him, see Cashed and Burned, posted 2/6/2009, the circuit vacated a 12 million dollar-plus forfeiture order and remanded for more complete findings under United States v. Bajakajian, 524 U.S. 321, 337-39 (1998), and its Eighth Amendment-derived excessive fines test. On remand, the district court made findings on the four factors set out in Bajakajian, and reduced the amount of the forfeiture to zero. On this, the government’s appeal, the circuit vacated the zero and ordered reimposition of the original forfeiture amount.

Reviewing the district court’s findings de novo, the circuit found fault with all of them. The first Bajakajian factor requires consideration of “the essence of the crime of the defendant and its relation …

Two defendants in a large khat prosecution appealed the multi-million dollar forfeiture orders against them, arguing that a defendant in a drug case is not subject to forfeiture where he does not have assets to satisfy the judgment at the time of sentencing. The court joined the First, Third, Seventh and Ninth Circuits in rejecting that argument and holding that 21 U.S.C. § 853 permits imposition of a money judgment on a defendant who has no assets at the time of sentencing. The court noted that this was consistent with the statute’s language and purpose and that a contrary interpretation “could have the undesirable effect of creating an incentive for an individual involved in a criminal enterprise to rid himself of his ill-gotten gains to avoid the forfeiture sanction.”…