This appeal addresses a Fourth Amendment claim raised in the context of a Probation Officer’s search of the home and car of  “an individual serving a term of supervised release.” The Circuit concludes that the searches were valid because the Probation Officer had a “reasonable suspicion” that the defendant was committing crimes.

In United States v. Weaver, No.18-1697, 2020 WL 5523210 (2d Cir. Sept. 15, 2020) , the Second Circuit holds that police officers didn’t have reasonable suspicion that Weaver was armed and dangerous when, after ordering him out of the car, they made him place his hands on the car’s trunk, with his legs spread apart. At best, they had reason to believe Weaver had something illicit. And the search began when Weaver was made to “spread-eagle” on the car trunk — before any officer actually put hands on him.

At about 5 p.m. in February 2016, when it was still “‘daylight,’” police officers in Syracuse, New York, driving an unmarked car with tinted windows, stopped the car in which Weaver was a passenger, ostensibly for a traffic violation. See…

In United States v. Walker (No. 18-3729), __ F.3d __, 2020 WL 3966958 (2d Cir. July 14, 2020), the Second Circuit, in a decision by Judge Pooler (joined by Judges Calabresi and Carney), reversed the district court’s denial of Jaquan Walker’s suppression motion, holding that the police lacked reasonable suspicion to stop Walker based on his purported match to a photograph because the police lacked “little meaningful identifying information” besides the race of the suspect, and even the additional details of “medium-to-dark skin tone, glasses, facial hair, and long hair,” did not suffice to constitute specific, articulable facts upon which to base the stop. In addition, the court held that the search of Walker, which yielded drugs and incriminating statements, was insufficiently attenuated from the unconstitutional stop, despite the subsequent police discovery of an unrelated arrest warrant for Walker. Given that the justification for the stop fell “woefully short …

In United States. v. Cuello, No. 19-2053, the Circuit affirmed a district court’s denial of suppression of a gun found during a traffic stop. This “traffic” stop was of a bike that did not have proper “head and tail lights,” in violation of New York Vehicle and Traffic Law § 1236(a). During the stop, police asked the bike rider for identification and his “bicycle registration.”

Did you know that “bicycle registration” is a thing? Apparently, the Syracuse Revised General Ordinances, Section 29-1 requires every person in the city of Syracuse who owns a bicycle operated in the city to register that bicycle “with the chief of police.” Well.

When the bike rider failed to produce his registration, police asked him about a black backpack he was wearing. Because how suspicious is it to be riding …

After being pulled over for a defective brake light at 7:20 pm, defendant Wallace produced a valid driver’s license but not his registration card. The officers noticed that the registration and inspection stickers on the car were damaged and faded and that there were marks on the car’s door suggesting that it had been pried open. Wallace explained that the stickers had been damaged by a defogging spray and that the door damage was from a prior occasion when he had locked himself out of the car. Although the Vehicle Identification Number (“VIN”) on the registration sticker was only partially …

What is a “high-crime area” and what does that mean?

It turns out, everything and nothing.  And race has a lot to do with it.

Professors Ben Grunwald, of Duke, and Jeffrey Fagan, of Columbia, examined two million NYPD stops from 2007-2012 and find that NYPD officers  “call almost every block in the city high crime,” that “their assessments of whether an area is high crime are nearly uncorrelated with actual crime rates,”  and “the racial composition of the area and the identity of the officer are stronger predictors of whether an officer calls an area high crime than the crime rate itself.”

Their article, The End of Intuition-Based High-Crime Areas, which you can access here, presents the first empirical analysis of the Supreme Court’s decision in Illinois v. Wardlow and its holding that a suspect’s presence in a “high-crime area” is relevant to the question of whether an … 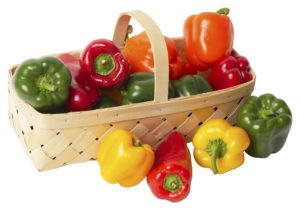 “Because [the agent] had already determined that the SUV had made the abrupt turn into the vegetable stand in order to avoid the checkpoint, [he] could reasonably interpret the pepper purchase to be an attempt to conceal that avoidance.  He could reasonably discount the probability of an alternate …

In United States v. Grady, Syracuse police noticed that Grady’s car was parked in violation of the city’s odd/even street parking rules.  They approached the car, shone their flashlights inside and saw, in plain view, a bag of crack cocaine on Grady’s lap.  A loaded gun was also found in the car.

Assuming the officers’ approach of the car constituted a stop, the Court (Jacobs, Hall, Lynch, CJJ) held there was reasonable suspicion given the car’s being parked on the wrong side of the street.  Though a car isn’t “parked” if it’s stopped only to load or unload goods or passengers, the officers observed no such activity and the Court held they watched the car for long enough — 10 seconds — before deciding to approach.  “The officers were not required to conduct surveillance long enough to ‘rule out the possibility of …

This appeal tackles an interesting search and seizure issue, a challenge to the discharge of a juror, and a sentencing issue. Simmons prevailed only on the sentencing claim.

Police officers received an radio run reporting an anonymous 911 call about an assault, with “a possible gun involved,” in progress. They sped to the address, which was in a neighborhood known for drug and gang activity, and could see no evidence of an assault. Simmons, along with two others, was inside the lobby of the building, and matched the description in the radio run. There was no indication that he was engaged in an assault.

Brett Stewart was a passenger in a livery cab that stopped at a red light. Two police officers claimed that the cab’s front wheels ended up in the crosswalk, a traffic violation. They pulled over the cab and recovered a gun from Stewart.

At Stewart’s suppression hearing, the officers gave their account, while the cab driver testified that he stopped before entering the crosswalk, which the district court credited. The court found that the officers had been subject to an optical illusion or distraction; it took judicial notice “of the fact that a stationary object may shift in one’s visual perception as one moves past it [and thus] that an object abutting a straight line may appear to be over that line as an observer moves past and away from that line.” The district court …

October is the cruellest month. That’s when a New York City detective recovered a gun from Hector Padilla’s waistband. Padilla was sentenced to 120 months’ imprisonment, the statutory maximum. On appeal, his principal challenge was to the stop-and-frisk.

The detective, who was on surveillance in a “high-crime” area, became suspicious when he saw Padilla and another person following a “skinny,” “disheveled” white male down a secluded wooded path. The officer thought either that the two men were planning to rob the disheveled man or that the three were going to engage in a drug deal together. The officer drove around the block; when he saw the three again they were on the other side of the path and appeared to be walking as a group. This did not dispel his suspicions. …