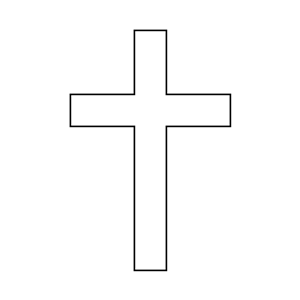 In two 7-2 rulings today, the Court took its distaste for the faithless to a new level, ruling labor and health laws largely do not apply to religious organizations.

In Our Lady of Guadalupe School v. Morrissey-Berru, two teachers sued the Catholic schools that fired them.  One teacher said she was fired because she’d asked for a leave of absence to treat her breast cancer (she later died); the other said she was fired for being too old.  In neither case did the school cite a religious reason for the firings (the reasons were, respectively, an unspecified failure to follow the curriculum and keep classroom order, and difficulty administering a reading and writing program).  Though the teachers were not nuns or religious instructors (or, for one teacher, even Catholic), their duties included conveying aspects of the faith.

Turning the teachers out of court, Justice Alito explained: “When a school with a religious mission entrusts a teacher with the responsibility of educating and forming students in the faith, judicial intervention into disputes between the school and the teacher threatens the school’s independence in a way that the First Amendment does not allow.”  Slip Op. at 26-27.

Justice Sotomayor dissented, joined by Justice Ginsburg, detailing how “the Court skews the facts, ignores the applicable standard of review, and collapses [the governing precedent’s] careful analysis into a single consideration: whether a church thinks its employees play an important religious role.”  That “simplistic approach has no basis in law and strips thousands of school-teachers of their legal protections.”  Slip. Op. at 1-2.

In Little Sisters of the Poor v. Pennsylvania, the Court upheld a Trump Administration rule exempting any religious group — and even any secular company — from having to check a box certifying their opposition to providing birth control as part of their employee health plan.

Previously, religious employers with religious objections to birth control had to check the box, which resulted in the employer’s insurer “provid[ing] payments to beneficiaries for contraceptive services separate from the health plan.”  Slip. Op. at 6.  That was a bridge too far for the Little Sisters, a Catholic group that provides housing for the elderly poor and “endeavor[s] to treat all residents ‘as if they were Jesus.'”  Id. at 7.  The Little Sisters claimed checking the box “would force them to violate their religious beliefs by ‘tak[ing] actions that directly cause others to provide contraception.'”  Id.  The Trump Administration, devout as it is, thus promulgated regulations exempting religious groups — and any employer that says it opposes birth control — from having to check the box.

Those exemptions, which are expected to result in tens or hundreds of thousands of women having to pay out of pocket for birth control or go without, are fine, Justice Thomas explained: “For over 150 years, the Little Sisters have engaged in faithful service and sacrifice, motivated by a religious calling to surrender all for the sake of their brother.”  Id. at 26.

Justice Ginsburg, joined by Justice Sotomayor, dissented: “Today, for the first time, the Court casts totally aside countervailing rights and interests in its zeal to secure religious rights to the nth degree.”  Slip. Op. at 1.

Matt Larsen is an attorney in the Appeals Bureau of the Federal Defenders of New York
View all posts by Matt Larsen →
Supreme Court Keeps the Faith
Glimmer of Hope for Challenging pre-Rehaif Guilty Pleas to § 922(g)(1)?