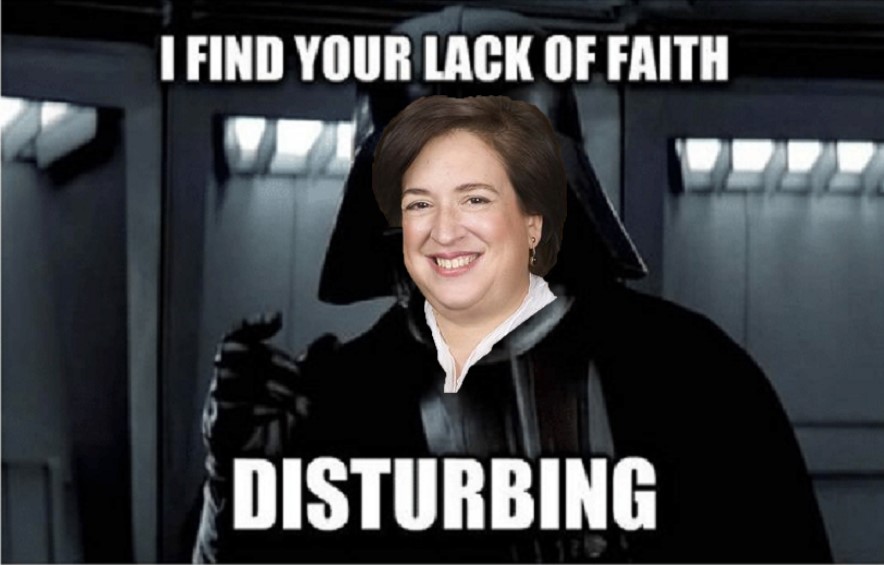 Writing for a unanimous Supreme Court in today’s Chiafalo v. Washington, Justice Kagan upheld a state’s power to not just replace — but also to punish — “faithless electors.”  Such electors refuse to cast their Electoral College ballots for the presidential candidate the voters of their state selected.

The Electoral College is, of course, an anti-majoritarian abomination designed over 200 years ago to, among other things, placate white men who owned other human beings.  See, e.g., Juan F. Perea, Echoes of Slavery II: How Slavery’s Legacy Distorts Democracy, 51 U.C. Davis L. Rev. 1081 (2018).  Justice Kagan’s opinion notes some framers’ argument that the Electoral College would “entrust[] the Presidency to ‘men most capable of analyzing the qualities’ needed for the office,” and “would ‘be composed of the most enlightened and respectable citizens,’ whose choices would reflect ‘discretion and discernment.'”  Chiafalo, Slip. Op. at 12.  We’ve all seen how that turned out.  Moreover, in two of the three most recent first-term elections, the Electoral College ushered into office the person rejected by a majority of American voters.

Despite the Electoral College’s many obvious and grievous flaws, the Supreme Court could have made things worse by ruling the other way in Chiafalo.  It’s bad enough that the Electoral College process can — and does — result in giving the White House to the person the voters have rejected.  Imagine if the 538 electors — and there are only 538 of them — felt encouraged to cast their ballots utterly without regard to the will of over 100 million voters.  Thankfully, we’re not quite there yet.

Matt Larsen is an attorney in the Appeals Bureau of the Federal Defenders of New York
View all posts by Matt Larsen →
Remedy for a violation of the prompt-presentment rules of Fed.R.Crim.P. 5(c)(2) (concerning the “initial appearance” of someone arrested in a district “other than where the offense was allegedly committed”) isn’t “dismissal of the criminal case,” but an evidentiary sanction. In addition, a magistrate judge’s failure to sign the jurat on the last page of the supporting affidavit of the criminal complaint doesn’t render the complaint invalid, under Fed.R.Crim.P. 3, because the magistrate signed the criminal complaint, thereby attesting that the affiant’s assertions had been sworn before the magistrate. United States v. Peeples, No. 18-2309-cr, __F.3d__, 2020 WL 3406445 (June 22, 2020).
Supreme Court REALLY Keeps the Faith