Do you have a client who was deemed a career offender pursuant to the residual clause of the mandatory (pre-Booker) Career Offender Guideline?  If so, keep fighting that sentence!  There are at least a couple ways:

1) If the client has a petition pending under 28 U.S.C. § 2255, make sure to argue the sentence is unconstitutional given Johnson v. United States, 576 U.S. 591 (2015).  That argument is currently foreclosed by Nunez v. United States, 954 F.3d 465 (2d Cir. 2020), but there’s a circuit split on the issue that just deepened: the First Circuit has joined the Seventh in holding Johnson effectively invalidated the residual clause of the mandatory Guideline.  See Shea v. United States, ___ F.3d ___, 2020 WL 5755462 (1st Cir. Sept. 28, 2020).  The Supreme Court refused to resolve this split when the Seventh Circuit was the sole outlier, but the First Circuit’s joining the Seventh may now result in the high court resolving this discord.

2) Move for a sentence reduction under 18 U.S.C. § 3582(c)(1)(A), which was greatly expanded by the First Step Act of 2018.  Such motions have been called ones for “compassionate release,” but we know that’s a misnomer thanks to the recent ruling in United States v. Brooker (Zullo), ___ F.3d ___, 2020 WL 5739712 (2d Cir. Sept. 25, 2020).  Under the revamped § 3582(c)(1)(A), a sentence can be reduced for any “extraordinary and compelling reason” other than (or in combination with) the client’s rehabilitation.  Does serving a sentence dictated by a provision two circuits have found unconstitutional sound “extraordinary and compelling” to you?  Me too! 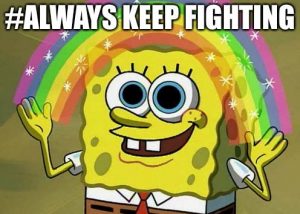 Matt Larsen is an attorney in the Appeals Bureau of the Federal Defenders of New York
View all posts by Matt Larsen →
Second Circuit holds that district courts may grant compassionate release on expansive grounds and are not limited to the Sentencing Commission’s criteria.
Did the Second Circuit Just Read Rule 33 Out of Existence?