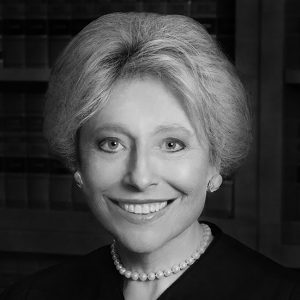 The First Step Act of 2018, Pub. L. 115-391, allows judges to now “impose a reduced sentence” on people sentenced before August 3, 2010, for certain offenses involving 5 grams or more of crack cocaine.  There’s been a lot of litigation on the Act — yielding over 200 written decisions nationally so far — with a number of bad rulings from courts relying on pro se pleadings or meritless arguments from the government.  Judge Allyne Ross, of the Eastern District of New York, recently addressed both and issued a good ruling for people serving (or not) long crack sentences.

In United States v. Miles, the defendant had been sentenced in 2009 for a 50-gram crack offense that then carried a mandatory minimum of 10 years, which Judge Ross imposed.  After passage of the First Step Act, Miles moved pro se for a reduced sentence given that, per the Act, the mandatory minimum dropped from 10 to 5 years.  The government opposed on the ground that Miles had already served the 10-year sentence — in light of his arrest date and good-time credits, he completed the term in late 2016 — and was still in prison only because he was serving a consecutive sentence for an unrelated offense.

Judge Ross found that no bar to relief: “The government’s arguments are unsupported by the plain language of the First Step Act,” which “contains no limitations that would prohibit a defendant like Miles from” receiving a reduced sentence.  Opinion at 12.  The judge was “not persuaded by the government’s attempts to read a [] limitation — that the defendant must currently be serving the sentence imposed for the ‘covered offense’ — into the statute.”  Id. (emphasis in original).  Likewise, Judge Ross rejected the government’s invocation of 18 U.S.C. § 3582(c)(2), which, per the guideline that implements it, U.S.S.G. § 1B1.10, requires a defendant to still be serving the prison sentence he challenges and precludes any new sentence of less than time served.  The judge explained: “Section 3582(c)(2) authorizes a court to reduce a term of imprisonment where the sentencing range ‘has subsequently been lowered by the Sentencing Commission pursuant to 28 U.S.C. 994(o).’ . . .  Here, however, Miles seeks a sentence reduction based on a federal statute— not amendments to the Sentencing Guidelines.”  Id. at 9 (emphasis in original).  “Here, there is no policy statement akin to the limitation enumerated in section 1B1.10 that would restrict Miles’s entitlement to relief.”  Id. at 14.  Ultimately, Judge Ross “imposed a reduced sentence” of 87 months for the crack offense– less time than Miles actually served and despite his already completing the original 10-year sentence.

2.  A defendant’s having already served a crack sentence is no barrier to relief: if he’s still in prison on a consecutive sentence, the Act authorizes the court to lower the crack sentence so he can be released earlier.

If you’re litigating a First Step Act motion, feel free to contact me or another attorney at Federal Defenders of New York.

Matt Larsen is an attorney in the Appeals Bureau of the Federal Defenders of New York
View all posts by Matt Larsen →
Second Circuit: general statute not enough to prove acquired citizenship
The New Go-To Ruling on Insufficient Evidence