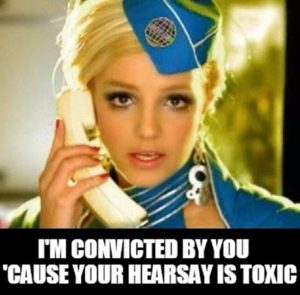 Of particular note, the Court ordered a retrial even though (1) the jury heard evidence that Cummings had confessed to the charged murders; (2) the erroneously admitted hearsay was a minor feature of the three-week trial; and (3) defense counsel neither made an express hearsay objection nor requested (at trial or the charge conference) a limiting instruction.

Matt Larsen is an attorney in the Appeals Bureau of the Federal Defenders of New York
View all posts by Matt Larsen →
Johnson Win in WD Va – Court Holds New York First Degree Robbery is Divisible and Does not Satisfy the Force Clause; Sessions Memo Replaces Holder Memo on Charging Decisions
Multiple Conspiracies, Reasonable Foreseeability, and Government Misconduct in Closing, Oh My… A Clean Sweep for the Defendant as Judge Oetken Grants Rule 29 and Rule 33 Motions in a Noteworthy Opinion