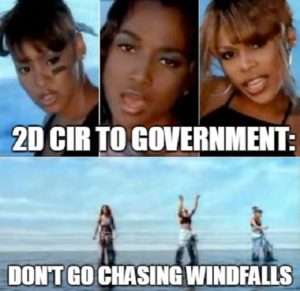 “Because restitution is intended to make the victim whole, it must be based only on the actual loss caused by the scheme.  Restitution is not intended to provide a victim with a windfall.”  And where a victim is reimbursed by a third party, the “third‐party compensation should not affect the amount of the award. . . .  ‘[A]ny restitution paid by a defendant to a third party [compensator] cannot exceed the amount the defendant could lawfully be ordered to pay the original victim.'”

It would seem the victim of Stevens’s fraud — Capital One — was made whole when the partnership repaid the loan in full. Two questions the Circuit thus asked the district judge to initially decide are whether “the restitution award exceed[ed] the amount of Capital One’s actual losses” and whether the partnership was “receiving a windfall.”  Either such outcome, the Circuit indicated, would be unlawful.

Takeaway for the Defense Bar

Restitution is not something a court may award at will; it’s a remedy limited by statute and, unless otherwise provided for in a plea agreement, it’s available only as compensation for actual losses the defendant’s criminal conduct directly causes. See generally United States v. Thompson, 792 F.3d 273 (2d Cir. 2015).

Matt Larsen is an attorney in the Appeals Bureau of the Federal Defenders of New York
View all posts by Matt Larsen →
Bribery Convictions Affirmed Notwithstanding McDonnell Error
SCOTUS sets argument in Beckles v. United States for November 28, 2016